When was the Electric Toothbrush Invented?

What is an electric toothbrush and who was the genius that invented the first one? Before we get into all that, let’s take a look at the history of toothbrushes. 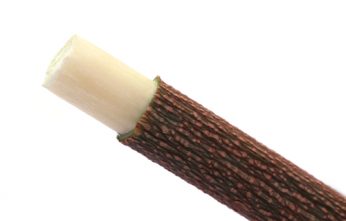 were in existence at around 3500 to 3000 BC, people who lived at the time used twigs from just about any tree to clean their teeth. In 1600 BC, the Chinese introduced chewing sticks to the world which were made from twigs from aromatic trees so people could freshen their breath while they cleaned their teeth. Some say that these chewing sticks were the predecessors to the modern chewing gum.

The first evidence of a toothbrush dates back to 1700AD from the Tang Dynasty. Its handle was made from bamboo or animal bones while the bristles were made of hog hair. Although in existence, the toothbrush remained unpopular for quite some time.

In autobiographical writings by Anthony Wood from England, he used the word “toothbrush.” This was in the year 1690. Around 1740, William Addis, also from England, manufactured a toothbrush made from carved cattle bones and swine bristles. Addis’s toothbrush became so popular, that by 1840, the company had to begin mass producing them to meet the demands from international customers. In 1844 came the 3-row bristle brush, and by 1869, the first plastic toothbrush was made, both by Addis Company.

In 1938, Wallace Carothers invented nylon at El DuPont de Nemours Company which was then used for bristles on toothbrushes. With the plastic handle and the nylon bristles, you get the modern manual toothbrush.

An electric toothbrush is a brush that makes fast bristle motions automatically. The bristles can move either back-and-forth (oscillation) or alternating clockwise and counterclockwise (rotation-oscillation).

In 1884, Dr. Scott from England, advertised his invention of an “electric toothbrush.” However, the “electric” properties came from magnetized iron rods that were installed in the toothbrush, not from electricity.

In 1954, Swiss doctor, Philippe Guy Woog, invented the first usable electric toothbrush named the Broxodent. It plugged into a wall outlet and was created for people who had limited motor ability and for orthodontic patients (ie: those who wore braces).

In the early 1960s, General Electric made an automatic toothbrush that was cordless and rechargeable with the use of NiCad batteries. These were more portable, but quite bulky, and the batteries were sealed inside so consumers had to trash the whole device when the batteries died. NiCad batteries aren’t of the best quality and tend to die quickly.

From twigs to carved cattle bones and swine bristles, plastic handles and nylon bristles to ultrasonic electric toothbrushes, now you know the history of how people tried to clean their teeth in a nutshell!