What Happened to FindTheBest.com? What Other Options Are Out There?

With so much information on the Internet, it’s hard to know what’s credible and what isn’t. This is the challenge that a site known as FindTheBest.com tried to solve in 2010 — with a relatively high degree of success. This is a view supported by the fact that the site had around 2.5 million visitors per month, only a year after its launch.

Try to access the site today and it will soon become clear that it is no longer publishing. What happened to this once-popular site? We took the time to find out.

Inspired to Root out Marketing Noise

While planning a ski vacation, Kevin O’Connor struggled to find reliable information. O’Connor’s hope was to create a website that would root out “marketing ‘noise’ and outright scams on the Internet”. FindTheBest became known as an anti-search engine because search engines had become inundated with spam.

FindTheBest relied on human editors to build their comparison sites. They also used information from users and public sources. The website’s founder described the site as “an objective, socially curated comparison engine that allows you to find a topic, compare your options and decide what’s best for you”. (Source.) 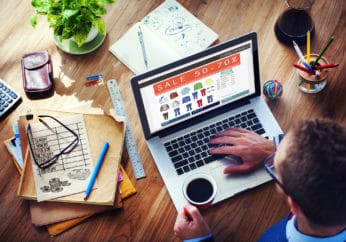 Since its inception, FindTheBest collected and structured comparison data for many categories including health, education, and sports. At its height, the website had 18 product verticals.

In a bid to compete with well-known real estate sites, FindTheBest launched FindTheHome in 2014. Users could also check rates for credit cards on its dedicated financial site, Credio. The company also launched a site for comparing information on higher education institutions. Other search verticals included information on government and technology.

While Lumen View had been successful in most of its previous court cases, it had no such luck with FindTheBest. Judge Denise Cote ruled that the patent was based on a pre-existing idea. “Matchmakers have been doing this for millennia,” said Cote. The patent stated that users can input their preference and have a match determined through automation.

The judge ordered Lumen View to pay FindTheBest’s attorney fees. She added a penalty due to Lumen View’s actions, such as threatening “full-scale litigation”.

In 2016, the appeals judges agreed with the judgment but felt the fee award was unnecessary. The case was sent back to Judge Cote for review. It appears the case is still ongoing because no decision has been announced.

In 2015, O’Connor sought to expand his vision for the company. He announced that FindTheBest.com would relaunch as Graphiq.

Graphiq is a data visualization and knowledge graph platform. Through FindTheBest, the company claims to have created “the world’s deepest and most interconnected knowledge graph, featuring 1,000 collections, 1 billion entities, 120 billion attributes, and 25 billion curated relationships”. (Source.)

With this relaunch, the company decided to shift its focus. Graphiq targeted B2B customers such as businesses, publishers, and journalists. This is in contrast with FindTheBest.com, which targeted individual consumers.

The Acquisition by Amazon 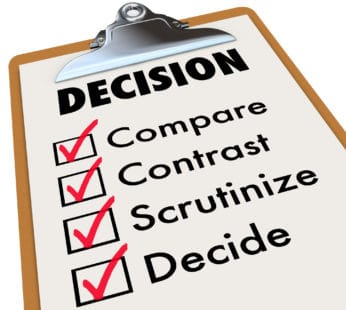 In 2017, Amazon.com acquired Graphiq in a deal that is estimated to have cost $50 million, although Graphiq and Amazon didn’t confirm this. According to sources quoted by the Los Angeles Times, Amazon acquired the company in a bid to boost its virtual assistant, Alexa.

Amazon, the e-commerce giant that also owns Woot, was attracted by Graphiq’s data gathering capacity. The company believed that Graphiq’s technology would be valuable for Alexa because it could help make the assistant smarter. Since Alexa is all about providing people with information based on their needs, Graphiq is a way to get access to more reliable and comprehensive information. After the acquisition, it was announced that Graphiq’s features for publishers would be discontinued (Source).

Now that FindTheBest is no more, people looking for comparison websites may be asking: What other options are available?

The site you are visiting right now 😉 At BestSpy we are much in tune with FindTheBest’s initial goal of providing an unbiased resource for individual consumers. Readers can be assured that each of our articles is thoughtfully written by users, for users.

The next option is GoCompare, which was launched in 2006. This site allows users to compare insurance deals. Through other firms, GoCompare also provides information on savings, rates and flight deals.

Another site which focuses on insurance policies is ComparetheMarket.com. You will especially like this site if you want to move stuff.

A very popular option for users seeking hotels is Trivago. This site helps users search for the best prices for multiple hotels. The site claims to compare hotel prices from over 400 booking sites, located in over 190 countries.

A site similar to FindTheBest.com is Wolfram Alpha. Users ask questions through text, and the site then answers these questions. Answers are provided through graphs and charts based on the data collected by the site.